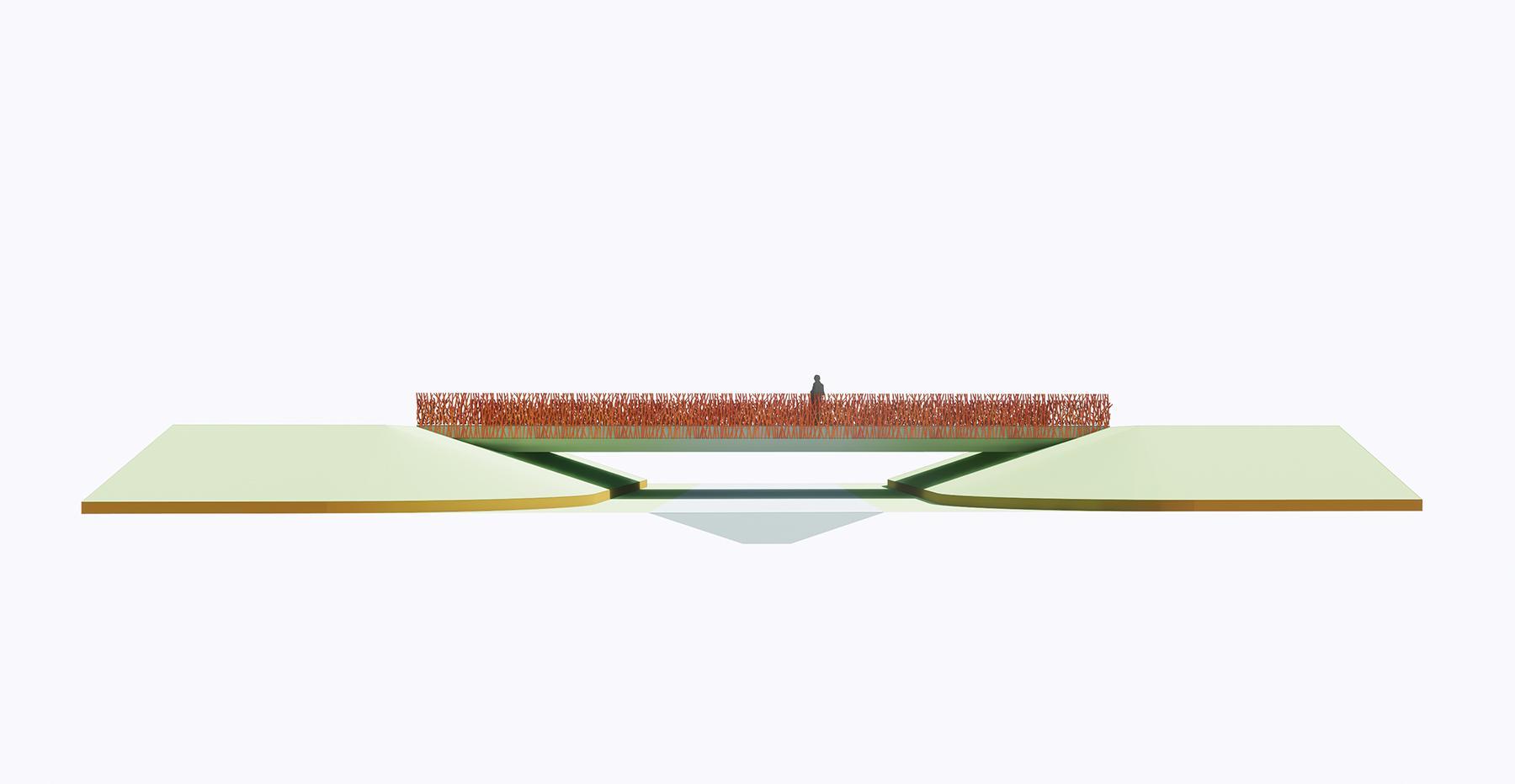 LOOSvanVLIET has been working on the development of the Weespersluis residential area for some time now. We are involved in the design of two parks and the parcelling of subareas Waterrijk and Vechtrijk, but also we are also designing all bridges. The latest development is a new type of fencing that we have developed for a number of these bridges. These bridges are located in the Breedland, the new nature reserve that is being created to compensate for the development of Weespersluis. It concerns the fencing of four fauna passages, two bicycle bridges and a motorway. The fauna passages will help small amphibians such as the Backstripe Trail, the Heikikker and the Ring Snake to cross. In the other subareas Waterrijk, Vechtrijk and Lanenrijk, we based the fences on a different flower (Lisdodde, Water Lily, common Lily). The newest, fourth pattern refers to the woodlands and Elzensingels that will be found in the Breedland. The fence has the same refined style in terms of pattern, as in the other fencing, but with a style of its own that suits the natural and ecological character of the Breedland. This fencing will be executed in Corten steel to reinforce the natural character and the visual coherence with the nature reserve. The concept has been approved by the quality team. In cooperation with: Witteveen&Bos Commissioned by the GEM Bloemendalerpolder