Garden and roof gardens for Upfield's Innovation Centre in Wageningen 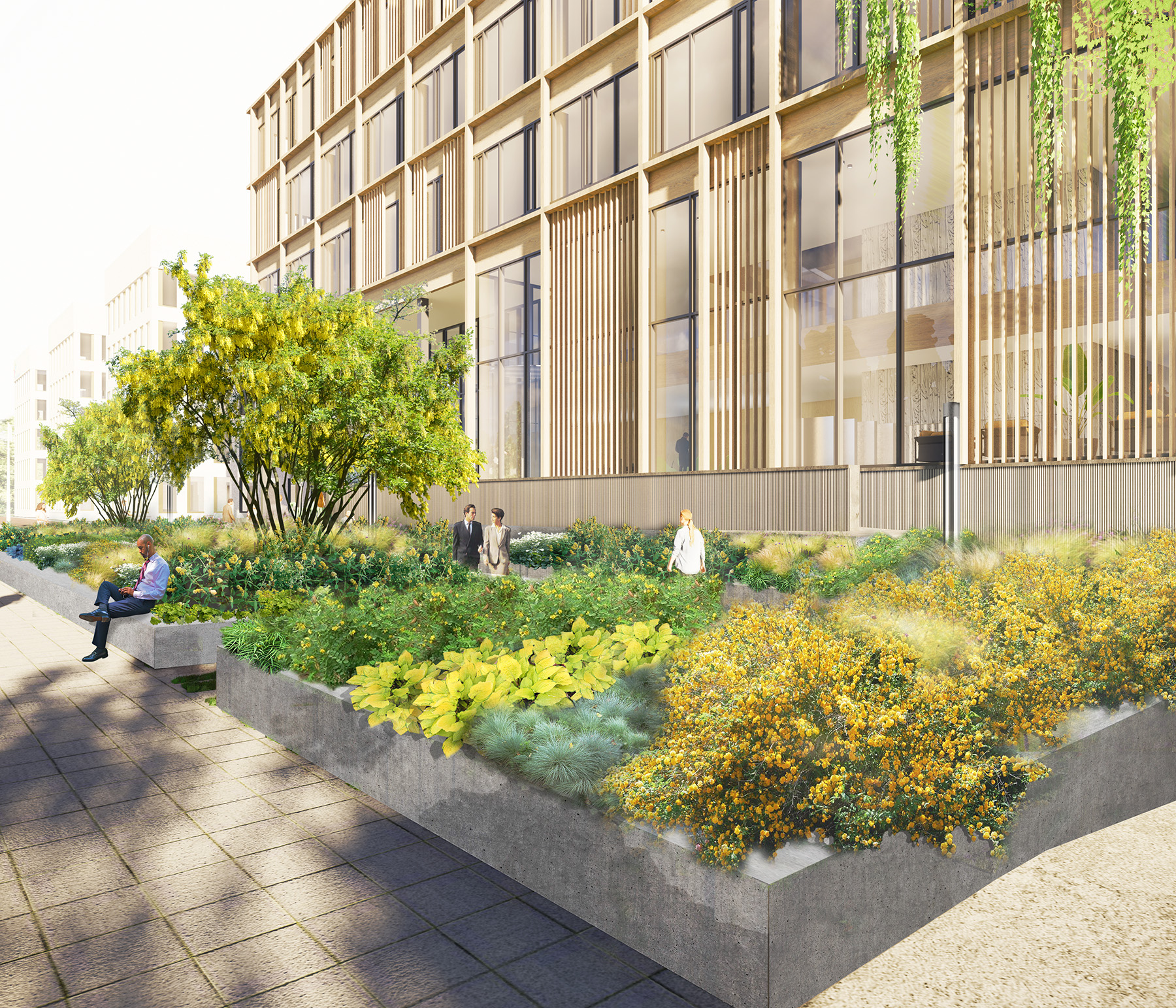 Upfield is the world's largest producer of plant based products. Upfield's mission is to create a better, plant-based future. Soon Upfield will operate from its own innovation centre located on the university campus of Wageningen. Fokkema en Partners designed the building, LOOSvanVLIET developed the plan for the garden and terraces. Upfield's innovation centre is located at the Bronland in Wageningen. The facade of the building consists of a grid. Some parts in this grid have lamellas. The structure of the facade is the inspiration for the garden design. The plant compartments in the garden have the same structure as the facade of the building. The thin lines of the lamellas are translated into a stripe pattern of grass and paving. In the front garden, the plant compartments are raised and bordered by concrete edges with inlaid wood surfaces, which serve as seats. The plant compartments are filled with yellow perennials, yellow ornamental grasses and white plants as accent colours. The plants are planted per species and per row. When you would walk into the garden as a visitor, you would see all plant species mixed together. When you would pass the compartments, you would see the separately planted strips. This principle repeats itself over the entire site. It makes the planting boxes dynamic.