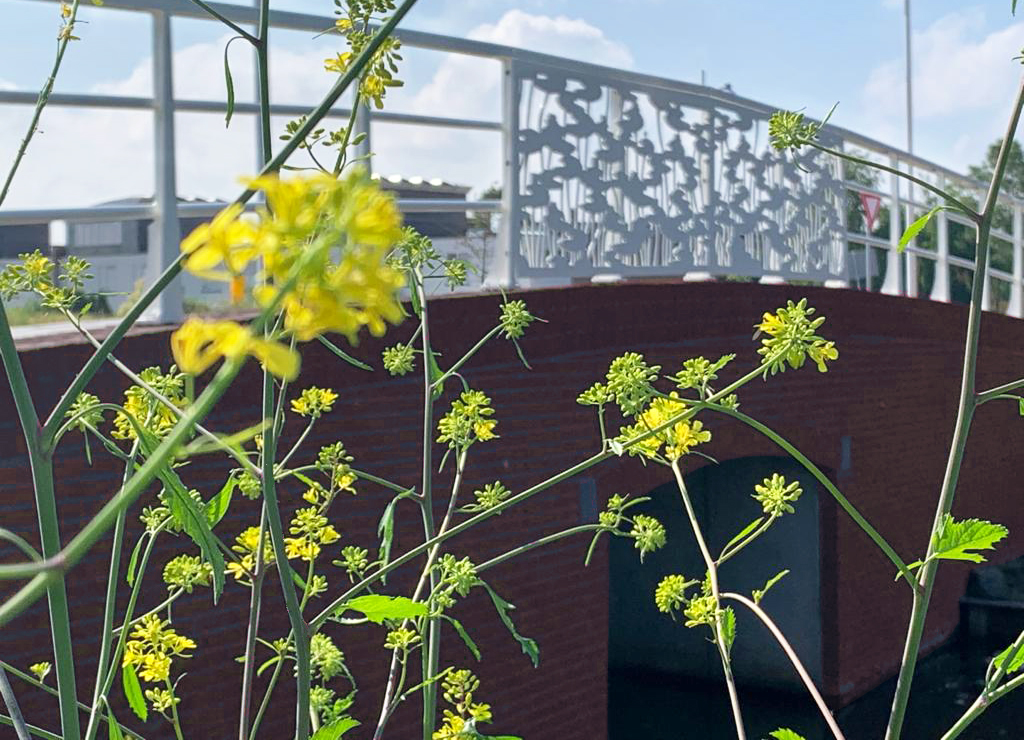 The bridges we developed in Weesp are under construction! Weespersluis is divided into three different sub-plans; Lanenrijk, Vechtrijk and Waterrijk. Each sub-plan has its own theme and spatial interpretation. Also, each sub-plan will have its own bridge that is characterized by a different fence. The bridges of Lanenrijk are made from a pattern of irises. It fits the fin-de-siècle style from the beginning of the 20th century, just like the structure and the architecture of the plan. The bridges of Vechtrijk will have a pattern of water lilies and for Waterrijk a pattern of lisdodden is developed. The fences consist of white, coated steel, from which the graphic plant pattern is cut. The car bridges have a different design than the bridges for cyclists.