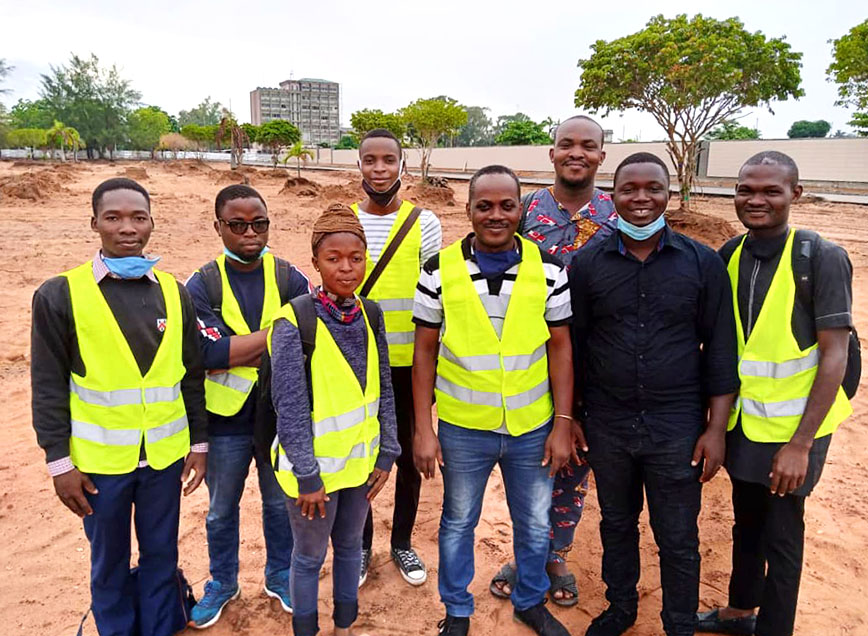 In Cotonou, Benin our local team is supervising the realization of three prestigious projects to honor Benin’s sixty years as an independent republic. One of those projects is the Boulevard de la Marina, a five kilometer long road that runs from the airport to the harbor of Cotonou. Here you will find important embassies and the Presidential palace, but also conference halls and several hotels. The other projects that are realized are Parc des Amazones, a grand municipal park crossing the Boulevard de la Marina, and the city garden Jardins de Mathieu. These green spots will be visited by the parade during the independence celebration. The projects will be delivered in mid-August. The team consists of Rod'or Advies BV, SMA, Witteveen en Bos and Goudappel Coffeng. Atelier LOOSvanVLIET operates as main contractor. The photo shows the local team.