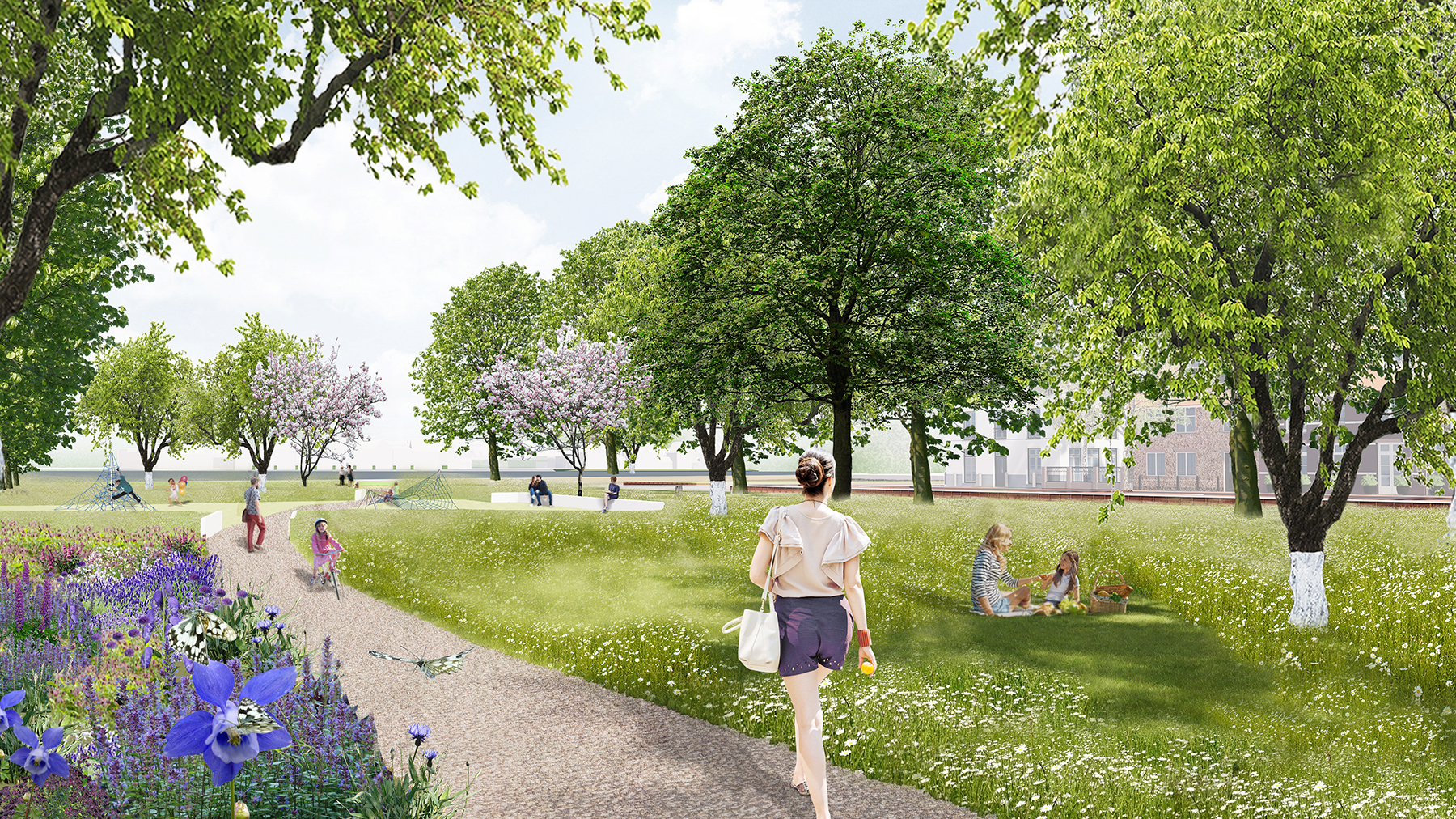 Weespersluis will soon be the proud owner of three municipal parks: two in Lanenrijk and one in Vechtrijk. The parks follow the structure of the division lines in the former polder landscape. All three parks are connected by a ‘rondje Gouw’, a trail for biking or walking of about 6 kilometres around a big pond in the middle of Weespersluis. You can go running or biking, or walk the dog. The parks all have a different lay-out. Atelier LOOS van VLIET designed the Gouwpark as well as the Muiderslotlaanpark. In Vechtrijk, on the banks of the Gouw, the Gouwpark will be realised. Here visitors can engage in all kinds of activities. The stately mansions along the river Vecht and the fortifications of Weesp formed a source of inspiration. In the north there is the waterway leading to the lock and the river Vecht. Across the park, from the Korte Muiderweg, you can see the water. Three avenues of double rowed stately lime trees are planned, with flowering trees like magnolias and cherry trees scattered about. Along the meandering footpath you will find a ribbon of all kinds of flowers, according to the planting design of Jacqueline van der Kloet. Coming from the south you will first see a place with gym equipment, surrounded by greenery. Next you will reach the butterfly garden, a spectacle of blue and purple flowers. Then you’ll arrive at a beach with a jetty for small boats, and a beach pavilion. In the middle of the park there is a jungle gym, and for the older children of Weespersluis there is a soccer pitch. Approaching the Korte Muiderweg a flower meadow with several picnic tables is planned. At the entrance of the park there is a beautiful column with patterns of water lilies in steel. The column is a reminder of the stately columns you often see at the entrance of the big mansions along the Vecht. The realisation of the Gouwpark is expected to take place at the end of 2021.